“Theoretically, stem cell technology can be used to treat various diseases, and it has many advantages compared with many traditional therapies.” Randy Schechtman said that stem cell technology possess great potential to develop, and its most significant role is to regenerate a new, normal, or even younger cell, tissue, or organ, so that people can use their own or other stem cells and stem cells to derive tissue and organs. It can be widely used to treat a variety of stubborn diseases, such as leukemia, Alzheimer, Parkinson, diabetes, stroke, and spinal injury, which are not cured by traditional medical methods.

Randy Schechtman received a doctor’s degree from Stanford University in 1974, and in 1976 at the Berkeley branch campus, University of California. And now he is the professor of molecular and cell biology at the University. He was the chief editor of the National Academy of Sciences of the United States. He was elected the academician of the National Academy of Sciences in 1992. In 2002, he won the Las Basic Medicine Award for the study of cell membrane transmission, and awarded the Nobel prize in physiology or medicine in 2013.

Randy Schechtman said that due to the unremitting efforts of scientists, adult cells can now be transformed into stem cells to return to the state of embryonic stem cells and no need to extract stem cells from embryos. Thus, stem cell regenerative medical has developed rapidly. Moreover, cells can be obtained not only from healthy adults but also from patients, so as to conduct in-depth research on various diseases. 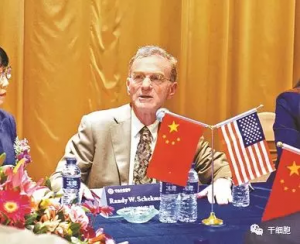 However, he also suggested that in the face of great opportunities for development, regenerative medicine faced the huge challenges. For example, type I diabetes, the control of diabetic cells is immunosuppressed, and the implanted human body will aslo be attacked by its own immune system and fail to play its role.

Randy Schechtman said that research has found that 30% Parkinson’s patients are caused by genetic factors and scientists have located more than 80 genes to control the disease; Alzheimer’s disease also successfully found 6 genes to control the disease. However, the medical community still does not know how to treat it the disease even if they know the pathogenesis. It is believed that the cultivation of healthy cells to promote the development of neurogenic diseases through stem cell regeneration, on the basis of the propagation of external organs, we expected to open the treatment window for the above diseases.

In order to support the overseas anti ...

Full support for the fight against the ...