Trump’s congressional speech: Stem cell therapy has changed the lives of some patients

Trump’s congressional speech: Stem cell therapy has changed the lives of some patients

According to the CNN, 1 young idiopathic arthritis girls, Sarah Hughes, who had benefited from the treatment of research stem cells, participated in President Trump’s congressional speech. A few years ago, Sarah was barely able to walk. She weighed 83 pounds and was suffered a rare juvenile arthritis. After receiving a research of stem cell therapy, there is a new hope for her health and future.

At a 2016 stem cell clinic hearing, she shared her experiences with FDA officials. “If it weren’t for the help of high dose autologous mesenchymal stem cells, I wouldn’t be standing here today. Before that, the quality of my life were very bad. For me, it was enough to enjoy the little improvement which bring by stem cell therapy. The changes brought by the first infusion of stem cellschanged my view: in my weak body, a large number of healthy adult stem cells can significantly improve the quality of my life.

Stem cells change the life of some patients

Sarah represents 117 million of the USA people with one or more chronic diseases attending the Trump congress speech.

At 11 months old, Sarah was diagnosed with systemic juvenile idiopathic arthritis. This is a autoimmune disease affecting multiple organs and systems, causing swelling, pain, fever and rash. Most of her adolescence spent in hospitals. Serious illness left her almost unable to walk and suffered immense pain. Doctors at the University of Texas Health Sciences Center and the National Institutes of health have studied, evaluated and treated her disease.

In 2014, Sarah received an experimental high-dose adult stem cell therapy that had not yet been approved by FDA. Throughout the treatment, Houston Biotech Corp Celltex Therapeutics, registered with the FDA, was responsible for the cultivation of stem cells, followed by the return of stem cells in Cancun of Mexico. Each infusion contains approximately 200 million stem cells, and in the past two years, she has received 22 doses, which help her immune system to normalize. According to Sarah’s description, before the treatment of stem cells, she needs to take 23 kinds of drugs every day, and now only 8 doses of drugs are needed. 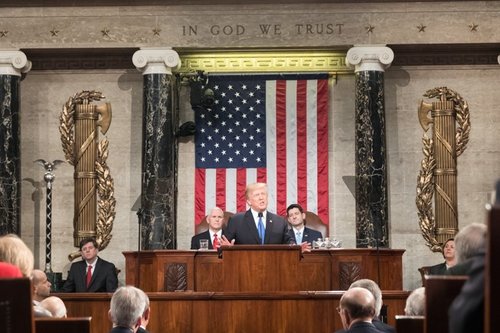 The “spokesman” of the twenty-first Century cure bill

Republican congressman Pete Olson was deeply moved by Sarah’s stroy. “Her life experiences are enough to make her becomethe spokesman for the 21st Century cure act. I have to tell her story, which is why I invited her here. ”

At the end of 2016, the United States Congress passed” the 21st Century cure bill, which guarantees the development of biomedical innovation, disease treatment and large health areas for the next 10 years or longer in the United States, and provides funds for the medical research of cancer and other diseases. The bill includes accelerated cell therapy, tissue therapy, tissue engineering products (scaffolds, etc.) and the development and approval of combined therapies.

In 2015, the story of Sarah was first reported by CNN, and since then it has received wide attention. When she was invited to the Trump congress speech, she excited to say, “I can’t believe I can be in the same room with the president and legislator.”

In addition to Sarah’s attendance for the Congressional speech, Trump also invited another rare illness guest— Megan Crowley. Megan, a student at the Madonna University, suffered with Pompeii disease (also known as the glycogen accumulation disease II) at 15 months old, and was considered to survive for a period of less than a few years.

To save lives, his father founded Amicus Therapeutics, a Biotech Corp in New Jersey, developed a new drug that can cure the disease. Today, Megan has grown to the age of 20, and was a miracle in the field of medicine.

Trump said in his speech, “the slow and cumbersome process of the FDA approval process in the United States will hinder the application of many research results to areas that are really needed. If we reduce restrictions on approvals, there will be more medical miracles. Our children will grow in a country that full of miracles. “

In order to support the overseas anti ...

Full support for the fight against the ...